iPhone 7 is water and dust resistant. Offering two hours longer battery than the iPhone 6, Apple has delivered the best battery life ever seen on an iPhone. The quad core A10 Fusion processor is about 40 percent faster than the A9 CPU featured in the iPhone 6. Click sharp, detailed selfies and look your best as the front camera captures images at 7MP. It even includes optical image stabilization to ensure blur free images. The Apple iPhone 7 has a FaceTime compatible camera, 4G LTE network compatibility, and 128GB of storage space.

Constructed with the incredibly durable 7000 Series aluminum, the Apple iPhone 7 is thinner and stronger. It is just 7.3mm thick and weighs 138g. One major lookout in the iPhone 7 is its IP67 certification that makes it resistant to spills, splashes, and even dust. It also incorporates a customizable Home button with new Taptic Engine to give you precise tactile feedback as you press. Plus, the Touch ID built into the Home button makes unlocking faster and lets you pay instantly and securely in stores and on the Web.

Regarded as the brightest and most colorful iPhone display yet by Apple; the 4.7inch Retina HD LED backlit widescreen display is noticeably more vibrant and crisp. This Retina HD display delivers 25 percent brighter colors, a wide color gamut, and the best color management in the smartphone industry. It introduces a more powerful and responsive 3D Touch, which lets you interact with various apps effortlessly.

The release of iPhone 7 changed the game for every smartphone in the market as it also incorporates the powerful A10 Fusion chip. It is not just faster than any previous iPhone but also more efficient. The chip uses an all new four core design with two high performance cores and two high efficiency cores that deliver the best performance when you need it. Plus, with the A10 Fusion Chip, you’ll get up to one more hour of charge on iPhone 7 than the previous generation model. Designed from scratch with an all new design and features, iOS 10 is one of the world’s most advanced mobile operating system. It lends life to your device in smarter ways than ever. According to Apple, this OS is more personal, powerful, and playful. It puts privacy first, makes shopping online faster and safer, provides a more refined search engine, and offers a smarter Home app. Plus, it also adds a personal touch to notifications, iMessage app, Siri, Maps, and Music player. 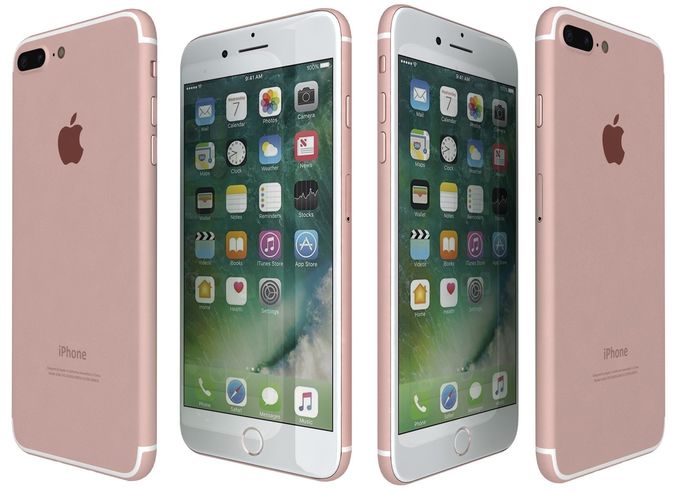 Get Sharp Close up Pictures

The one thing you won’t find in other Apple iPhone specs is the incorporation of the 12MP wide angle and telephoto rear camera that is exclusive to the iPhone 7. The dual camera system and exceptional ISP technology get you sharp close up pictures and videos with a 2x optical zoom and an improved digital zoom that lets you shoot at up to 10x for photos and 6x for video. What’s unique about the iPhone 7 is its support for FaceTime video calling through the FaceTime HD 7MP camera. This front camera supports 1080p HD video shooting and Retina Flash along with many more features.

Be the first to review “Apple Iphone 7 128GB” Cancel reply